GUEST POST – The Female of the Species is more Deadly than the Male!

Women are a requisite of the horror genre these days, as more and more women are entering the genre with their eyes open and blood dripping from their keyboards. Gone are the days when men had readers biting their nails and sitting on the edge of their seats … this is now the work of women, too; allowing us to bite our painted nails and scrunch up our mascara with uneasiness.

Many forget that the first sci-fi horror novel was written by a woman – Mary Shelley. However, there were many women writing ghost and supernatural stories before that, like Ann Radcliffe, and around the same time was Charlotte Riddell, but with pseudonyms to disguise their identities. We’ve hidden in the shadows for far too long. Women are now expressing their gory side and spilling our guts out onto a page.

I grew up reading horror after I asked my older brother for something to read, he handed me a Stephen King book which opened my eyes to gruesome stories. Yes, I had seen many films of this genre, but I’d never read horror before. I devoured horror books after that, and the library gave me my reading material for many years. What I love about Stephen King is that his best stories have females being the one true horror, e.g. Carrie and Misery. 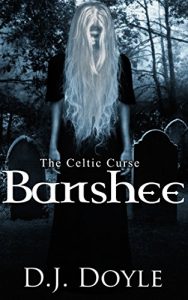 My love of Irish mythology gave me the idea for my first novel. I grew up with stories of the Banshee which terrified my friends and me. I’d read that a terrible crime had been committed against her and she cursed the families responsible, from this the story just developed in my head. Similar has happened with the other stories I’ve written, again all based on either mythology, Irish locations, or both.

My second novel is based on a very famous heritage site in Ireland, called Newgrange. I’ve visited this place many times and dreamt of the events that would have taken place over time, which led me to write the dark thriller/horror, giving some background and bringing to life the monument it is today. 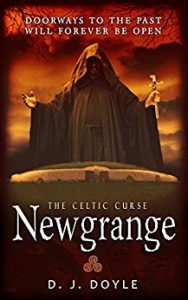 Currently, my biggest seller is the one I was most nervous writing … an extreme horror called Red; a novelette full of gore and violence. I’ve written about abuse and violence before, but nothing like the sexual torture I did in Red. The uniqueness of the story is that it is written in 1st POV from the perspective of the serial killer – so you’re inside his mind, seeing from his eyes, feeling the pleasure of the kill. This has disturbed a few readers that were not prepared for the content. I am working on the sequel, which has made my followers very happy to hear. 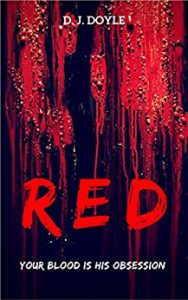 I have always tried to include tiny amounts of comedy in my stories, typically by adding funny characters, which is difficult to mix with the horror genre. I wrote a quick Newgrange spinoff, Christ on a Bike, and decided to write it as a comedy horror due to the main character being a little unorthodox – Father Jack; a smoker, a whiskey drinker, and full of foul language, is at an exorcism with his posse of priests. 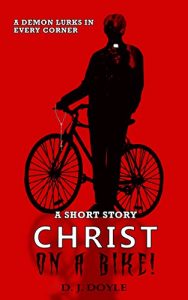 I’ve now covered a few subgenres from the horror genre. What I will get around to, eventually, is sci-fi horror, which is my favourite subgenre to watch. I have multiple horror stories in my head just waiting to come out … all I need is the time to write them.