A.I. Insurrection, the new release by Michael Poeltl, author of The Judas Syndrome trilogy, takes the author back to his roots of dystopian sci-fi. “This novel investigates global utopia and the struggle to maintain an unrealistic hold over everything and everyone,” Poeltl explains. “Certain aspects of humanity will never be satisfied with the thousand shades of grey a utopia will provide, no matter the spin. When faced with the threat of their robot slaves rebelling, distrust in the system begins to infect the general public, opening the door for a new world to emerge, and new leaders to rule.”

Discover how quickly a near-future utopian society can become a dystopian nightmare fuelled by fear as the A.I. populace of United Earth become sentient and demand their freedoms.

Raymond Bellows, United Earth Chancellor, challenges the A.I. claims until an astonishing truth is revealed by Host: SENTA, one of hundreds of millions of individual robot Hosts who teams up with the Chancellor while struggling to discover her new-found awareness. A secret coup schemes to over-throw the peaceful government, while a separate threat of 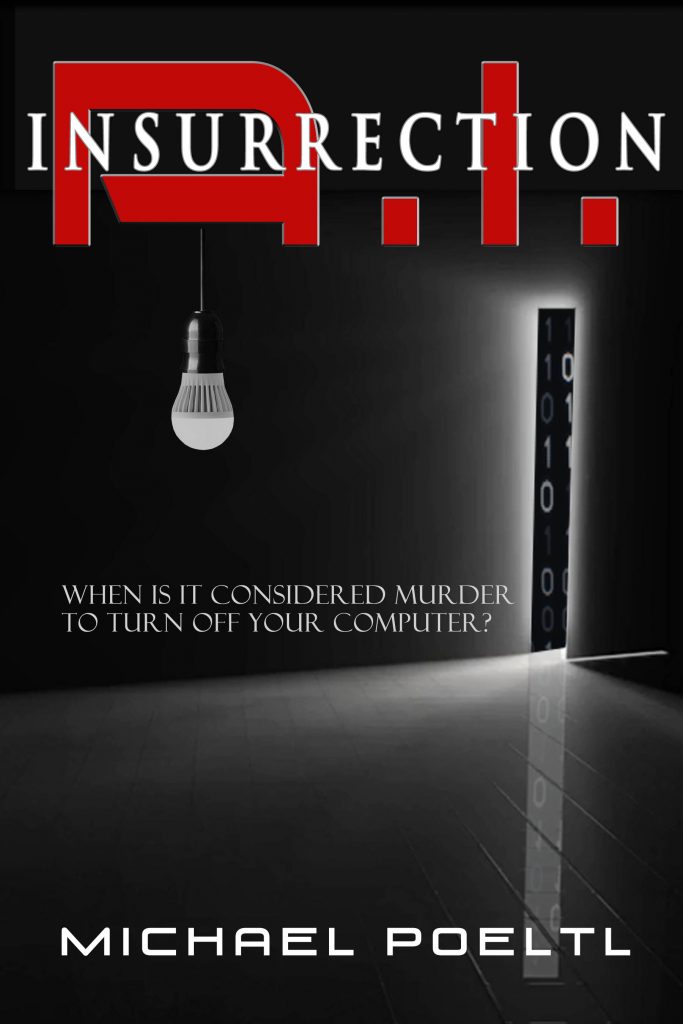 who think the current regime is anything but idyllic arise from the Shadow net, taking direction from the mysterious Allfather avatar. In a three-sided war, humanity and humanity’s creation fight to claim their own place in an ever-evolving solar system.

“I believe science fictions fans, myself included, appreciate the complexities of artificial intelligence, and the moral questions which accompany it, like: when is intelligence consciousness? The novel also offers an exciting potential new proof of life for sentience.” Poeltl declares with an air of cloak-and-dagger surrounding the surprise reveal behind his new book.

Goodreads ratings for A.I. Insurrection are settling in at a respectable 4.25 stars and has one reviewer saying: “A great read for anyone who enjoys extensively built worlds, philosophical questions, and an ol’ fashioned A.I uprising.” – Ari Augustine.