What’s the Future of Horror?

The usual definition of Horror is a non-hero protagonist at the mercy of an unreasonable, unstoppable antagonist. The villain’s aim is to annihilate the protagonist. There’s traditionally a lot of jump-startles, gore, and chase scenes. Collateral damage in the form of buxom blondes is high. However, this is getting boring for a lot of fans. Even monsters are getting ho-hum. So what’s the future of the Horror genre? Is it obsolete in our sophisticated age?

Think about it. Countries such as Eritrea, North Korea, and China, where you have no rights and can be “disappeared” or locked up in torture chambers, create true fear. Losing one’s way of life to an opposing force is worse than dying; it’s a form of damnation, of living death. What’s scarier, the idea of a monster jumping out of a bush and cutting your head off with a chainsaw, or the possibility of losing your family, your job, your freedoms, and all you consider normal? I would guess the latter. Horror is about going beyond death, into a fate worse than death. Man’s inhumanity to man is more terrifying than dying in a brutal fashion. For many people around the world, the grizzly slaughters that Freddy and Jason commit would be mercies compared to the hell they endure every day.

Monster stories have traditionally helped us deal with uncertainties and dangers. There’s no bigger danger to man than mankind.

We’re getting into dystopian territory, you say. Maybe. Dystopia is a form of Horror, but it is widespread, rather than localized in a cabin in the woods or on a lake. But at the same time, they use the classic unstoppable, unreasonable monster: the dictator. Is there a bigger monster than a being that orders genocide and oppression? You can’t outrun their thugs, and you can’t call for help.

I believe that in the future, Horror will be akin to dystopian fiction. Sure, classic monsters that haunt your house, chase you with a machete, or resist all attempts to kill it (short of an iron smelter) are fun, but they’re the tamest variety of monster. The villains that stick with you are the ones that are closer to real life. I challenge you to step out of your normal view of Horror and look for titles that bring more of the real world into play. You might just find yourself having more nightmares about a dystopian existence than a guy in a hockey mask. 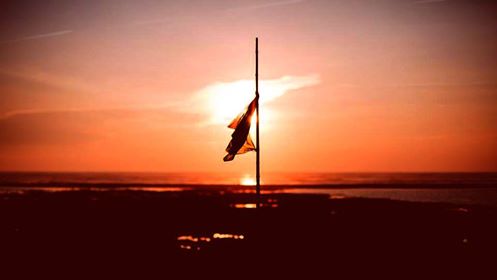 Writer, traveller, adventurer, prepper. Lover of all things Geek and Dark. I write fiction because the characters in my head have too much attitude to stay in my skull, I want to see the world through different eyes, and I want to live life through different souls.

My series Wolves of the Apocalypse uses the terror we feel at the idea of losing all that we love. This doesn’t just come from the zombie-like cannibals that are running rampant. It also arises from the creators of the contagion, and the government’s reaction to it. The forces behind our civilized life can turn deadly in the right – or wrong – situations.