Where do we women go inside our heads? What is that intimate inner space made of? Bright rooms with doors opening onto wide open vistas and alpine meadows? Labyrinths of bone, mazes intertwining, tripping, misleading? Caves filled with ideas, dancing points of brilliance? Or ghosts and demons, delighting in terror? For me and, I suspect, for many women writers, it’s the latter.

From Ann Radcliffe’s The Mysteries Of Udolpho (1794) and Jane Austen’s gentle parodying of it in Northanger Abbey (1817) through the Bronte sisters’ tales of haunted love Jane Eyre (1847) and Wuthering Heights (1847) to Sarah Waters’ masterly and unique The Little Stranger (2009) and Michelle Paver’s recently chilling Dark Matter (2010) we can’t resist scaring ourselves, and our readers, silly. 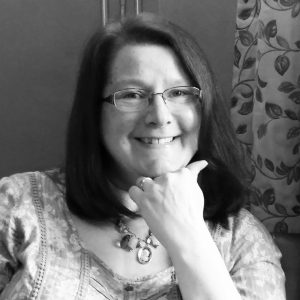 Ever since I first read Henry James’ The Turn Of The Screw (1898) at age thirteen I’ve been hooked on ghost stories. And yet it didn’t escape my notice, even at that tender age, that the writer was male and he was blaming the female protagonist for all the evils in the story. I soon discovered many ghost stories, and not only those written by men, are predicated on an “overly” imaginative, possibly hysterical, if not downright mad, woman.

While Dickens’ ghost stories delight and chill, they tend to feature male protagonists with a certain detachment and scepticism. Master ghost storyteller MR James also sets up his male academic sceptics for the shock of their lives, and we revel in witnessing their emotional disintegration.

What sets women ghost story writers apart is that they seem able to access a psychological vulnerability and ambiguity, even prior to any haunting, that few male writers can match. So in The Little Stranger the isolated and financially-reduced Ayres family is ripe for victimisation. Likewise, in Dark Matter young Jack Miller is left ill and utterly alone to face his haunter. In Margaret Oliphant’s sublime short story The Open Door (1918), the health of a young boy is tied to the fate of a suffering ghost, and in AS Byatt’s achingly sad short story The July Ghost (1982) we encounter a grieving mother.

Women create protagonists who interiorise their ghosts and experience real terror. As Ann Radcliffe realised way back when, “terror expands the soul and awakens the faculties.” Maybe we read, and write, ghost stories, to feel that awakening. 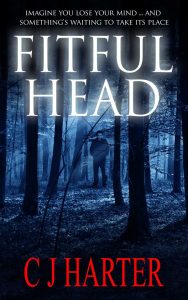