What kind of female characters do we find scary? Evil queens, witches, and stepmothers could be contenders – from Grimm to Narnia, Wonderland, Oz, and Westeros – but their behaviour is largely predictable. They are caricatures. The female ghosts in The Woman In Black or Wuthering Heights are quite chilling, until they are revealed, and we empathise with their tragic back-stories. Their spectral presence says more about the men that experience them. Similarly abusive mothers, whilst hurtful and destructive, are often revealed to be victims of abuse or brainwashing themselves, and are generally a known quantity, with a scope of evil limited to their dependants.

The real terror is a woman who becomes obsessed and doesn’t play fair in love and war. In the trope of the manipulative man-hunter the men force the action on themselves. That’s the real horror. Guilt. Regret. The realisation that there are some women who are not constrained by societal norms, and their moral boundaries are undefined. Abigail in The Crucible, Annie Wilkes in Misery, and Madame de Merteuil in Dangerous Liaisons. These women are terrifying antagonists because they are as calculating as they are driven. They feel cheated and refuse to have that last scrap of control taken from them.

My personal favourites from the canon of “evil women” are the bereft and vengeful Miss Havisham in Great Expectations, man-hunting by proxy; and the dangerously alluring Isserley in Michael Faber’s Under The Skin, quite literally devouring the substance of men. Using a gender-reversed power dynamic can exhilarate the reader, or disgust them. Either way you don’t forget those characters.

We all have our own personal idea of horror. For me body horror involving gynaecological experiments or forced pregnancy is the most stomach-turning. The reproductive exploitation in Margaret Atwood’s The Handmaid’s Tale is my worst nightmare. A dystopia where women are merely baby machines is far more disturbing to me than gory murder or non-human monsters.

The horror genre has drilled down into the terrifying nature of unwanted pregnancy with the idea of inexplicable and often rapidly-growing devil babies. There is Nadine Cross’s unholy Flagg-fetus in Stephen King’s The Stand, the mysterious mass-insemination of all the women in a town in John Wyndham’s Midwich Cuckoos, and the looming anxiety of gestating darkness in Ira Levin’s Rosemary’s Baby. Devil babies are the personification of the fear of losing bodily autonomy.
It is no coincidence that a woman’s version of horror is specific to the vulnerabilities of being a woman, and our culture’s representation of the worst kind of villainess is the woman not shackled by these fears.

In Laissez Faire, unease builds gradually over fifteen stories. The psychological horror percolates in the chasm of understanding between men and women, and the very insecurities women face by simply existing in the world. 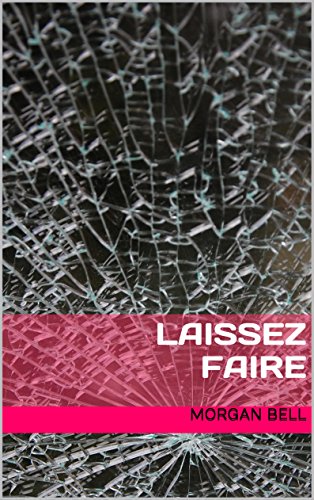