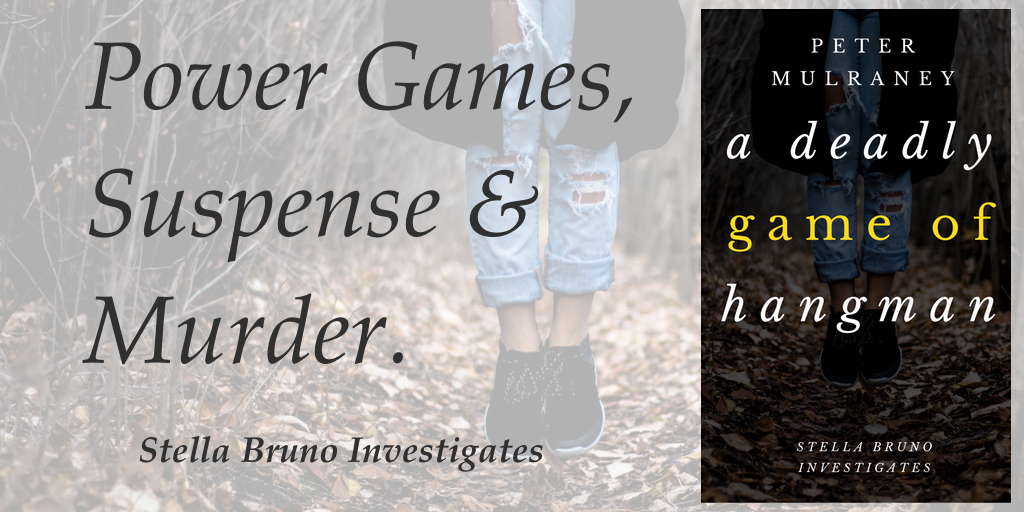 Stella Bruno Investigates is a series of quick reads – books designed to be read in one sitting. Each book in the series only takes around an hour and a half to two hours to read. So, there’s no waiting for days to find out who did it.

The series is set in and around Adelaide, South Australia, and centres on criminal investigations led by Detective Sergeant Stella Bruno. I have the inside information on Adelaide – it’s my home town.

Stella is assisted by Detective Constable Brian Rhodes, who’s approaching retirement, harassed by Detective Inspector Frank Williams, and distracted by Shaun Porter from the Office of the Director of Public Prosecutions.

In addition to all the crime, the stories also follow Stella’s developing relationship with Shaun and provide insights into her life as a single mother with a fourteen-year old son. You’ll also discover some of the benefits she enjoys by being part of an extended Italian family.

If you’ve never been to Australia, these stories will give you a little taste of life ‘down under’ where you can experience the North Wind as hot and blustery and winters without snow and ice.

A Deadly Game of Hangman, Book 4 in the series, tells the story of Stella’s investigation into the murder of a young man whose body is found hanging from a tree in Adelaide’s famous Park Lands, which ring the city centre. The killer tried to disguise the murder as a suicide but there are some things about a hanging that you just can’t hide from a forensic pathologist, like Dr Steve Wright.

The case gets a little more interesting when the body of a friend of the first victim is found hanging from a tree in Morialta Park, in the foothills on the eastern edge of the Adelaide metropolitan area, and the similarities strongly suggest to Stella that she is dealing with a serial killer.

And, just to keep you up until you’ve finished, I’ve built in a little bit of suspense towards the end.

The other titles in the series published to date are:

A Deadly Game of Hangman is available from Amazon UK HERE

A Deadly Game of Hangman is available from Amazon US HERE