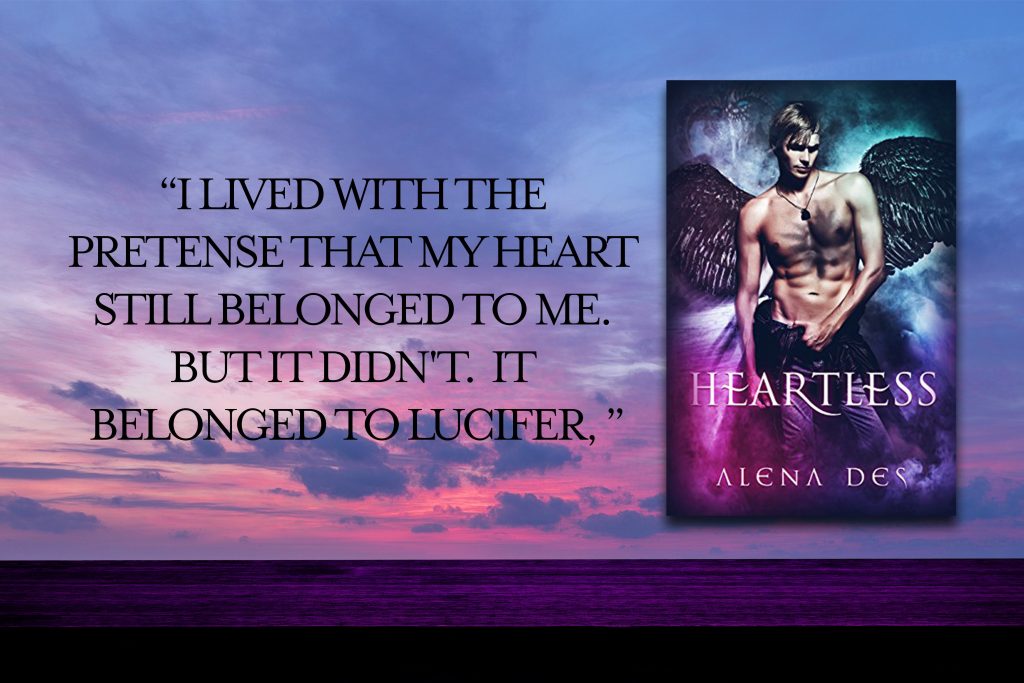 I created Riley in the second book of my Kings series as a dark angel and the brother of my main female character. He was supposed to be a side character, a character that played his role and then jumps back into non-existence. But the Riley I created soon became much more. He was rebellious enough to take off on his own, defy my plans for him to be nothing more than a side character.

Soon, he was backstabbing me as his creator, talking to my readers, making his secretive connections to a large fanbase. Every time he talked, he was mysterious, manipulative. I knew he was the King of Deceptions and soon began to believe he was playing with all of us.

Readers kept asking: Is he good? Is he bad? Who is he?

The sexy, humorous and cocky angel soon had my readers panting after him. By the time I was done with my second book, I faced desertion by them unless I wrote his story, the angel who had captivated their hearts. Oh, well…So, I was stuck with Riley. He almost screamed in my head as I was writing his book. I stopped apologising to my readers for his vulgarity, rudeness and shallowness. He couldn’t help it, he was the son of the Sex Goddess. And, I was merely his voice. Besides, my readers wanted to know more about him, right? This was it. They were free to hate him.

It didn’t really work that way. Riley effused a natural charm. Who am I kidding? There was nothing natural about it. Women were after him. And he just didn’t give a damn. I almost didn’t like him. Almost. But as I scratched the surface with Riley, I found out so much more about this dark Angel.

“I knew I was dancing with death. But I was gonna play the game until it claimed me. And eventually it would. There was no escape.”

I began to wonder: Who was he running from? And why was he behaving this way? I had to find out.

I needed help to bring out the fun, vulnerable side which was bottled deep down Riley. For that, I needed to save him from himself and from the one who was after him. I found the help I needed in Oriana. The woman who lived among the humans but was so much more. The woman who was immune to his sex appeal. The woman who held her own secrets. I knew she would be my saviour. And, she would be his.

“Hi there, luv,” I said, turning on the charm. From up close, she was an even better catch. Though she was shorter and not as curvy as I desired, there was something about her which made me pause. “My name is Riley, baby.”

“Get lost, Riley,” the woman said.

I had misheard her. There was no other explanation.

I had her. I was sure. “I’m rather impatient, honey. What’s your name?” I asked, knowing full well I would not remember it a few seconds after she told me. It was still polite to ask.

“My name is Oriana,” she said politely, but I noticed the sarcasm. “Now get lost,” she repeated. I watched in amazement as she raised her middle finger.

I was confused. I was shocked. There were only a few things that generated those feelings in me. I was having a truly weird moment right now. I liked it.

I can tell you that this whole book blog is all part of his plan. It is nothing but his masterful Deception. Read him at your expense, available since 15th of September, beware that he is waiting to charm you. And, no one, but Oriana, is immune.

You can buy Heartless from Amazon.co.uk here.

You can buy Heartless from Amazon.com here.