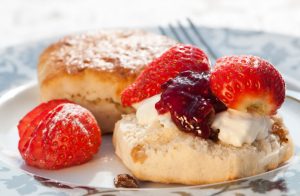 Before we go any further I need to clarify that I have not made Stephen King death threats and I am not likely to. In fact, while he may been party to death threats at some stage, I haven’t even googled that, so I don’t know. I’m sorry if that disappoints anyone.

I am so far from being a threat to Mr King, you may well be wondering what this post is about. Let me explain.

Yesterday I read a post on a funny Facebook page. The post was about Original Source shower gel (the minty version). I love Original Source especially mint, although at the moment I have Green Banana and Bamboo milk or something that sounds like I should be staying in an eco lodge in Thailand rather than my 2 bed semi, but in any case I recommend it. It smells nice. The Facebook post in question was a bit close to the knuckle for me (I know, I write horror and erotica but it still left me feeling unclean), so I scan read it, marvelled at the amount of likes and comments, and moved on without commenting or grumbling.

Ten minutes later the post appeared on another Facebook page I follow. This page deals with business and marketing etc. The admin person said what a good tool it had been, creating followers for the writer’s page. A number of people then took issue with the thread because they didn’t like the content of the post, which is fair enough.

The thing is, I didn’t like the post, but I had the same reaction as the admin. It was an amazing post – genius – because it garnered the original writer thousands of comments and probably hundreds of new followers! At a point of time when I am trying to market my novel singlehandedly on a really low budget (like no budget), how do I get a post to go viral?

I could write a post with lots of references to my vagina but I don’t want people thinking about that part of me, thank you very much (stop it now), and what does that have to do with my novel in any case? The most important aspect of any marketing you employ, is that it attracts the right audience and in my case that needs to be readers of horror, so you see now why I have a headline about Stephen King death threats.

It crossed my mind to send Stephen King death threats, momentarily, but I dismissed this out of hand. It might get me some publicity, but I’d probably be locked up. I used to work in a prison, that’s the closest I want to get to being inside thank you very much. And besides, Stephen King is one of my literary heroes! I want him to live forever!

I’m a writer and a fantasist, so naturally my mind idled about heading over to Maine and tracking him down. Someone must know where he lives. In my head I could see me using my middle-aged-woman-with-totally-English-charm, turning up unannounced and hiding in the bushes, looking for the great man and his dog, and taking notes. I’d curse, because the back of beyond where Stephen King probably lives (I haven’t googled that either) probably has a better mobile signal than I do in Devon, UK. No-one would see me as a threat. I’m white and my hair is starting to grey. Perhaps I would be politely escorted off the premises by handsome deputies wearing sunglasses, calling me ‘ma’am’. (No, you can tell I don’t know much about the police in Maine). Hopefully I wouldn’t come across any extras from No Country for Old Men (but isn’t that further south?).

But, Stephen King death threats? No, that’s not me.

Because I don’t want to send Stephen King death threats, I want to send him waistline threats. He earns a little bit more than me, so he can hop on a plane over here, and then I can invite him to Devon to share a Devonshire cream tea with me, with lashings of clotted cream and jam. I want to put his life at risk only by stuffing him full of fruit scone basically, while chatting about where his ideas come from and how he develops them. Then we’ll have a sedate walk around a village with some thatched cottages and I’ll introduce him to other local delicacies. Fish and chips on Sidmouth beach while avoiding being dive-bombed or poo-bombed by the seagulls. I’ll ask him whether he’s ever considered killer seagulls, or whether that would have been strictly James Herbert terrain.

I’ll show him the lanes I used to commute along, where I first met Aefre, the antagonist in Crone. I’ll ask him which of his characters he considers the most polite, and then I’ll ask him whether he would ever resurrect any. I can’t quite decide whether I should have a sequel or not you see. What would Mr King suggest? We can play borlie in the park with my giraffe-sized pup, Fin, and talk about Cujo.

And after that limited amount of exercise, time for more food? A curry from the local Tandoori? Then we can discuss our ideas about hell and what comes out of there, and how to incorporate that in our stories. Or we could discuss politics. Same difference. Over a nightcap we’ll talk rock music before I escort a sleepy Mr King safely to bed in a lovely hotel (hey! I’ll go as far as the lobby! I’m a gentlewoman!) and retire to a mattress on the floor in my bat-ridden attic (or join my husband in our king-size at home).

You see, fantasy! That sounds like a fun day! I’m not sure I’ll sell any more copies of my novel, but a middle-aged white-women-with-a-husband-and-greying-hair-and-English-charm-and-a-debut-novel-out-now can dream, right?

You can buy Crone here.