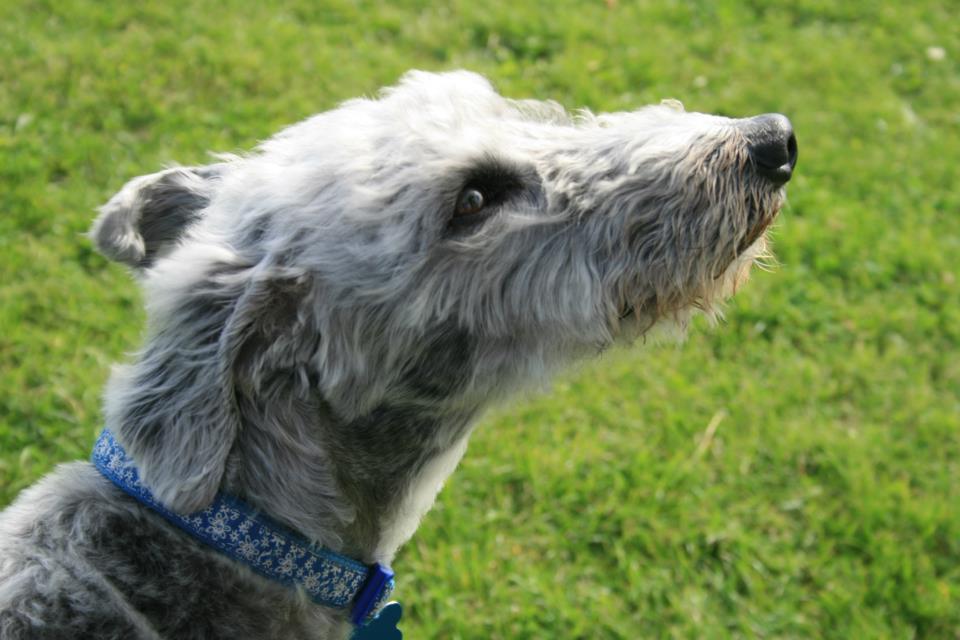 This is my last post from The Bunker. That sounds more dramatic than it actually is. The Bunker is the name I gave to our Bungalow when we moved in here 16 months ago. It was a nickname entirely lacking in affection, because I didn’t particularly like the house, or the area where we hurriedly found ourselves after being given notice unexpectedly by our previous landlord. The place seemed unappealing to me – atop a huge hill, and several degrees colder than the rest of Devon, with unadopted roads, and miserable squat grey houses. Bunkers.

As I type this, everything is packed with the exception of the dogs and the teabags. I have my laptop but no pens. A washing machine but no line. Most of our stuff has already been moved. We have a bed for example, but no bedside cabinets. The freezer is defrosting; the oven is sizzling away in some toxic chemical that will miraculously remove the grease inside allowing me to wipe it all clean with one single piece of kitchen roll.

We have finally achieved what we have waited for, for over three years. When I was made redundant in 2012, I set in motion a chain of events that triggered my husband leaving his job, and us selling our lovely house in Derbyshire so we could finance buying a business in Devon, that would obviously pay us enough so that I could write full time and sell all my novels and live happily ever after. Fairy tales.

We thought that in no time at all we would be back on the mortgage ladder. But none of that happened. The gap between the cost of housing in Derbyshire and that in Devon is beyond ridiculous. It’s been a struggle. All of this time we dreamed about having our own place again, where we could paint the walls whatever colour we chose and put all our art back on the walls instead of storing it in bubble wrap in the loft. We wanted somewhere secure to live, where the landlord can’t chuck you out on a whim, or announce an inspection just because, or hike the rent up higher than a family would pay out in monthly mortgage payments.

And here we are! I should be ecstatic but I’m not. Almost but not quite.

The new house is lovely. It’s sunny, it’s airy; it has the most magnificent views of the rolling countryside around here, and if you sit at one spot in the garden you can actually see the sea. It’s beautiful. The garden is so magically overgrown that when you stand at the back door, because we’re on a hill, it’s a bit like being above the tree canopy. The hill falls away into the valley and then rises once more on the horizon. I’ve decided to nickname this house, ‘The Treehouse’.

But as I sit in The Bunker typing this final Bunker blog, my thoughts return again and again to a furry grey fellow who came into this house with me in good faith. This was never meant to be the last place that Herbie lived. He should have been seeing out his last years (always 5 or 6 more in my mind) in The Treehouse; steadily and gently declining, with grace and love, and my soft hands to guide him. We were robbed.

I am loathe to leave The Bunker, because the weather is still nice enough for me to sit on the back step and remember how he and I cuddled up when I knew his time was closing in. As the glorious days of summer grew bleaker, infused as they were with his horrible final illness, I sat on the step and watched him with love and a deathly fear of his loss. He meandered around the shrubs and trees, doing his deeds, sniffing and patrolling and setting the world to rights. And I’ll always remember how he came back to me for reassurance, looking up at me with such love and trust, always living in the present. I made it a ‘thing’, a ritual that had to be performed every evening while he was ill. Without fail. As soon as I arrived home from the shop. Until the night that I sat alone and wept when he’d been gone just 8 hours, and I couldn’t hold his soft furry head again or smell his warm scent, or bury my face in the fur on his neck.

I’ve been dreading this final day here and now it’s upon me. I know I’ll never be able to sit on that blasted step again and conjure him to me. I’ll never spend any more time in that garden. I’ll never know what he looked like next to that bush or that tree, as he lifted his head and sniffed the wind. From now on Herbie will always be a ghost in my mind, a memory replayed over and over, a name I still can’t say without a sudden hitch in my breathing. I can’t see him in the new garden because he has never visited it.

But I learned a lesson years ago, when I was in India with my then soon-to-be husband. A wise man told us, “The Gods will provide,” and that has become the mantra that my husband and I live by. When the time is right good things happen. We’ve have been waiting 6 long months to complete on our little house. In February when we applied for the house, Herbie had a bit of a cough. I wasn’t worried. But that nagging illness spiralled. If we had completed the house on a normal schedule, we would have been trying to move when he was at his most poorly in June. The ‘Gods’ held us up. They waited for Herbie to live his life, calmly and quietly, and cross the Bridge. They waited for me get through the worst of my grief (if I even have) so that I could organise the move and put the requisite amount of energy that was needed, into it. And they waited until I could fully appreciate the beauty of The Bunker, and the land of clouds and forest, before they let me move on.

I could never have written my novel, Crone, anywhere else but here, and while so far publication has been elusive, I believe this is a novel that will see the light of day, and people will come to know the countryside that spawned the story, and love its mystical qualities as much as I have. Just this week I had my #PitchCB rejection through from Sophie Lambert at Conville and Walsh. She said, “There’s a rather wonderful mystical and lyrical quality to the prose here and there’s a very intriguing core to the narrative”. Of course it was accompanied by a ‘but’, but I’ll take that feedback with sincere gratitude. I believe in Crone, because it is a story born of East Devon and it is rooted here, and it has a truth.

So, I’ll save Crone to yet another memory stick, and I’ll bubble wrap my memories of Herbie in the garden, and hold them to me just as tightly as any of my other possessions, and carry them with care. And I’ll count my blessings for all that The Bunker has gifted me. Tonight as the gloaming settles around me, I’ll pause to reflect on my precious boy, and I’ll cry, of course I will. But I’m allowed to, I loved him. I loved him here. It will be the Last Post for Herbie.

And onwards then … Let’s see what transpires in The Treehouse, with The Writer’s Apprentice, shall we?